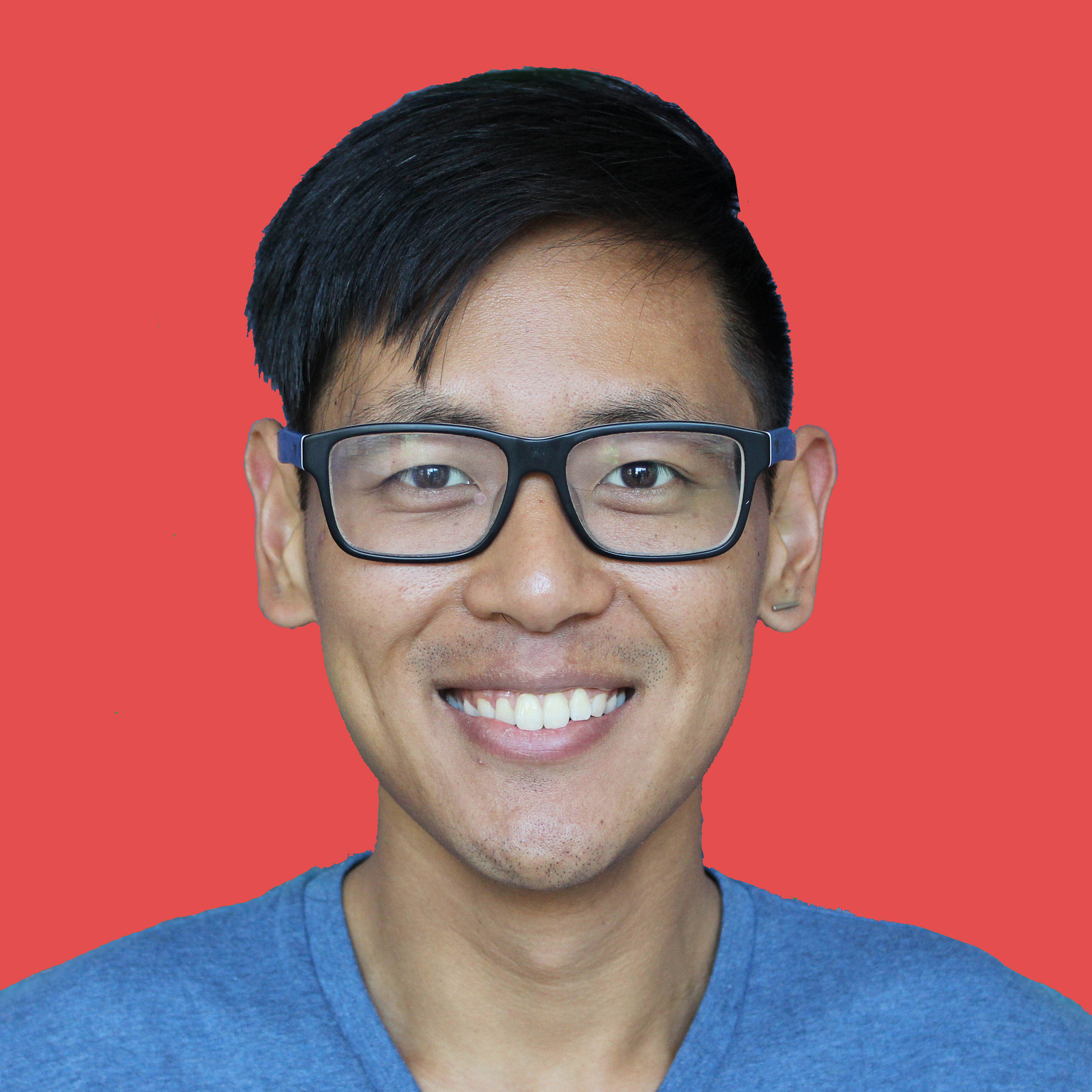 Cognitive Neuroscientist at the University of Chicago

This blogpost is a personal exploration into my racial identity and how it may have interacted with my life in science. Looking Asian but sounding Australian, I feel like I’m stuck in the middle. Through privilege and naïveté, I somehow missed what being Asian in science meant. I think being open about our experiences can be incredibly helpful to starting conversations and producing positive change, and I wholheartedly believe diversity in science is incredibly important and needed.

As the pandemic continues, celebrations of the Lunar New Year were subdued for many but for myself, it wasn’t too different compared to last year – a video call to my parents back in Australia and some pan-fried dumplings for dinner. But something that has been different this year is that I am acutely aware of my racial identity and current living situation – I’m Australian-born with Malaysian-Chinese heritage, working internationally as a postdoc in America. Not your typical combination.

After months of xenophobic rhetoric by Trump, anti-Asian sentiment seems to be on the rise, culminating in a recent increase in physical violence against Asians, particularly older, defenseless Asians. The Stop AAPI Hate coalition received 2,808 incidents between March 19 and December 31 of last year. Hearing these reports has been somewhat affecting – I feel like there is extra attention to me whenever I am on a run, or on my way to and from the grocery store. I take extra care to wear my mask and not to get in the way of others, just in case. Even during my video calls with my parents, I wonder if my neighbors will take note that I’m conversing in Chinese. Despite having been met with politeness from most, it’s strangely hard to shake off thinking that my actions are somehow under more scrutiny because I am Asian. (And I don’t think I’m alone in thinking this way.) It occurred to me only recently that I may be under additional scrutiny in science too.

After reading Neil A. Lewis Jr.’s experiences as a Black scientist, and wanting to educate and involve myself with the recent commitment to diversity and equality in science and academia, spurred by the Black Lives Matter movement, I was inspired to reflect on my racial identity and put my thoughts down in writing. While others might have stories of how they have been affected by prejudice, I realized that I (naïvely) had rarely considered myself an Asian scientist. I’m only realizing now that I, and my work, may be perceived or scrutinized differently, and this can play a role in how my academic career goes. And I started to wonder why it wasn’t obvious to me.

Not noticing the ‘bamboo ceiling’

Why didn’t I really consider the intersection of being Asian and becoming a scientist? One paradoxical reason might be that I grew up and did my study in Sydney where Asians make up a significant proportion of the minority population. At the University of Sydney, a significant proportion of international students are Chinese and this was true for my undergraduate science classes so far as I can remember. So, perhaps I never felt out of place or that it mattered that I was a person of color in a science major. Practicing some chronological relativism, I didn’t think diversity was in the spotlight as much as it is now (or likely I was ignorant), but now that I think on it – almost all the lecturers and professors were white and male during my undergraduate and graduate years. This is perhaps not surprising to some – science and academia is predominantly white and male. But at the time, I don’t think I ever took note that none of the professors looked like me. Was it unusual that I missed that?

It’s most definitely in part due to my ignorance, but I can think of a couple more potential factors. The most important one to acknowledge is that by being cishet male, I have had privilege and in-group membership both in science, and that probably masked my own serious considerations of my own race. I’ve readily considered race in other facets before; for example, seeing and supporting Asians in media (Wong Fu Productions and communitychannel come to mind) and when being targeted during Australia’s own case of anti-Asian rhetoric in politics. So, why not in science? For me, it took some maturity to understand that it takes conscious effort to ensure diversity, equality and inclusivity in science (not just in terms of race or ethnicity, but also gender, sexuality and disability) and that I needed to educate myself to be able to do that!

And secondly, I had to unlearn that science involves an individualistic pursuit for truth, and that community and collaboration are incredibly important. I’m not exactly sure how I had come to have that impression of science – perhaps during high school science classes where I would learn of famous scientists who progressed understanding with their revolutionary idea, or maybe due to the incentive structure of academia where scientists are evaluated by their first-author publications and grants are typically awarded to one person. To try and be a bit more precise, I don’t mean that we form community by banding together as a group of friends with individual efforts in separate lines of scientific research but that all of academia, including its structure and processes, be more prosocial and collaborative (for example, ManyLabs projects with many different groups contributing or moving towards open big datasets that all can help collect and analyze). With that, there will be more attention being paid to the work and data being representative!

But has being Asian impacted my science?

This is a tougher question to answer – I don’t have any explicit examples of it impacting my own research but absence of evidence is not proof of the null. Thinking specifically in science, perhaps I have been overlooked for a conference talk, maybe someone thought better of having a conversation with me at a conference poster. I’m still a junior scientist so I don’t nearly have the breadth of work to make a judgment on whether that has happened (and for what it’s worth, I don’t think it has happened to me). But in these circumstances, I have been able to lean on the fact that I am (or at least sound) Australian, which perhaps has helped with any implicit bias. I’ve recently become a more public advocate for open and transparent science, especially at my current institution with the ReproducibiliTea journal club. I wonder if my streak for laying bare the potential failings of science is being perceived differently. Would I be taken more seriously if I were someone else? Maybe, I don’t know. (As an aside, I did have to do an English speaking test for a student visa, despite having an undergraduate degree from and being enrolled in a graduate degree at an Australian institution. The 30 minute interview was hilariously absurd and a huge waste of time but I suppose that’s part of the protocol…maybe).

And there are forces at play, even if I haven’t noticed them. For example, according to research by The Atlantic, Asian Americans are expected to be good team players and worker bees. The article mentions that Asian American women engineers were more likely to report they needed to keep their heads down and avoid confrontation and that Asian American women in STEM feel like “they have to be more skilled than white men to be seen as equally competent”. Stereotypes of not being assertive or outgoing may be harmful in terms of professional advancement. Despite being among the majority of postdocs, Asians (especially Asian women) are underrepresented in leadership positions. And these forces have been around for a long while. So looking towards the future, will I have to make a significant additional number of applications for faculty positions, even just for an interview? If I do get the opportunity for a job talk, will I have to impress more than others? I’m reminded of this study that found an ethnic minority name on a CV required significantly more applications for callbacks in the Australian job market.

Nevertheless, I’ve realized my Asian-Australian identity matters at least to me and that I should embrace it. This reflection by Chee Kiang Ewe, detailing their journey from masking being a first-generation, international student to celebrating it feels somewhat akin to my realization. A little thing I’ve done is have my Chinese name in my Twitter handle, just to make it feel somewhat visible. I’ll try and be supportive and boost the signal for other minority researchers when I can! My hope is that ultimately all researchers, including myself, will start to feel like they truly belong in science.

And more importantly beyond navigating my identity in science is having recognized the need for diversity and representation across all of science. The culture of science is something we’re soon to dive into at our ReproducibiliTea journal club (see these insightful pieces on #bropenscience and decolonizing computational sciences) and I’m eager to learn from those discussions. I hope that in some way, advocating for initiatives that promote diversity will strengthen the science community and we’ll all be better for it in the end.

Thank you to the many proofreaders for their insightful comments and feedback of this post!

You May Also Enjoy

How this early-career researcher set goals for 2021

A personal highlight from 2020 - ReproducibiliTea